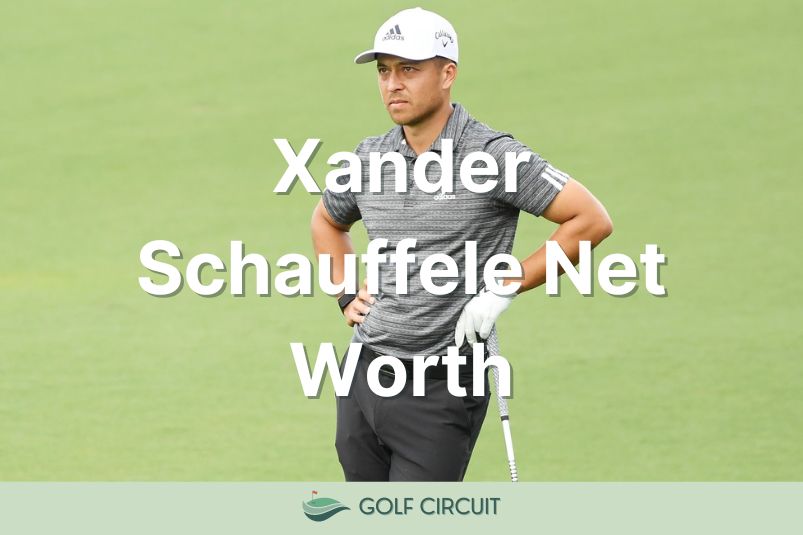 He plays on the PGA Tour, in which he has achieved four winning titles since he started his professional career in the year 2015.

If you’re wondering what Xander Schauffele net worth is, keep reading to discover more about his career, history, and earnings.

In San Diego, California, Schauffele was born to a French and German father and Taiwanese immigrant mother, who spent her life growing up in Japan.

Schauffele’s father was his only swing coach in the beginning stages of his career, and they trusted in the laws of basic ball flight to tweak his technique.

Some may say that Schauffele was born a natural sportsman as both of his great-grandfathers were premier-level European soccer players.

When Xander Schauffele graduated from high school, he spent his first college year at California State University Long Beach, in which he was awarded Freshman of the Year and the First Team All-Big West awards.

At San Diego State University, Xander Schauffele decided to stick with this location for his college career before graduating in 2015.

At San Diego State University, Xander Schauffele was the twice consecutive winner of the Mountain West Conference All-Academic Team Award. He was also a Ping and Golfweek Third Team All-American.

Xander Schauffele holds a record at San Diego State University for the lowest tournament score (-17) against par and the seasonal records for par-performance, birdies, and eagles.

In 2014, Xander Schauffele defeated Beau Hossler in the California State Amateur Championships at the La Costa Resort and Spa.

That same year during the summertime, the well-known rivals butted heads again in the finals at Chicago’s Beverly Country Club to win the 2014 Western Amateur title. Xander Schauffele lost to Beau Hossler in a tense final match.

In 2015, Xander Schauffele was ranked in the top 10 of the World Amateur Golf Ranking.

When Schauffele turned professional in 2015, he earned the runner-up title in the first stage of the Southern Dunes GC in Arizona.

Then he went on to win the second stage at Oak Valley in California, which just about earned him his ticket to the finals in Florida.

The Web.com Tour dominated most of 2016 for Xander Schauffele, where he played a total number of twenty-three events.

Finishing in 26th place, he just missed out on a PGA Tour card for 2017, but he then managed to earn a car by finishing 15th on the finals list.

At the 2017 US Open, Schauffele made history with a bogey-free 6-under-par 66. As well as holding this esteemed title Xander Schauffele is also one of only fifteen players ever to reach ten under par at a US Open.

After this astounding opening, he managed to earn a pass into the 2018 US Open under an exemption.

After Xander Schauffele’s rookie season of the PGA Tour in 2016-2017, he had played over twenty-seven events and seventeen unfamiliar venues.

Xander Schauffele joined the 2018 European Tour as an associate member and rose to 4th position.

His final score was 6-under par 66, which met the lowest score of the day at the final event of the DP World Tour Championship in Dubai.

Xander Schauffele won the Sentry Tournament of Champions at the Plantation Course in Hawaii by shooting 11 under par 62 in the final; round, which surpassed Gary Woodland.

In April 2019, Xander Schauffele was tied in second place in the Master Tournament, just one stroke behind champion and legend Tiger Woods.

Schauffele’s finish at the Master’s Tournament represented his third top-five in eight starts at major championships.

In June 2019, Schauffele’s finish at the Master’s Tournament represented his third top-five in eight starts at major championships and finished third at the US Open in California.

Xander Schauffele took home the gold medal at the 2021 Olympics after a tough year of living through the 2020 Coronavirus pandemic.

He came to the 16th hole in the final round before the Olympics. He was only two shots behind the front runner, so he placed second.

However, he scored a triple bogey at the hole in a turn of events and finished third. Xander Schauffele then became the first American to win an Olympic gold medal in golf since the year 1900!

After his gold medal win, Xander Schauffele played on the US team in the 2021 Ryder Cup and lost his match against Rory McIlroy.

Xander Schauffele Net Worth and Earnings

Xander Schauffele’s career earnings from the PGA Tour currently stand at over $23 million, which is also his net worth.

Here are some of the most notable prize winnings and earnings of Xander Schauffele during his professional career:

Have you ever wondered what Xander Schauffele carries in his golfing bag and what type of equipment he uses every single day to train and win his titles?

Here is a comprehensive list of his golf clubs, shoes, bags, balls, and more!

If you’re looking to learn a little bit more about Xander Schauffele’s personal life, here is everything you need to know about his wife, marriage, and children.

There has always been one person who has stood by him throughout his entire professional career as an American golfer, and this is his wife, Maya Lowe.

The pair became a couple back in 2014 and met during their time at university together. Both Maya Lowe and Xander attended different colleges, but their paths managed to cross, and they soon became close.

Maya Lowe attended the University of California in San Diego, where she graduated with a degree in Science and Public Health; Lowe then achieved her Master’s degree in Healthcare Administration.

Xander graduated from San Diego State University with his degree in Social Sciences, so the pair had very similar educational backgrounds and interests when they first met.

In Las Vegas, last year in 2021, Maya Lowe and Xander Schauffele tied the knot together just one week after the US Open concluded.

Soon after his wedding day, he played in the Scottish Open as a married man and explained that the weather in Scotland wasn’t the ideal place to take his wife on a honeymoon!

Hopefully, they managed to find a sunnier climate for their honeymoon. As of January 2023, the couple currently do not have any children.

Maya Lowe works as the Center Manager for Planned Parenthood of the Pacific Southwest and has held this position in her career since December 2017.

Maya Lowe began working for Planned Parenthood in San Diego, California, in December 2015, and she is also fluent in Japanese. Lowe regularly does volunteer work and has done it throughout her entire life.

Back in 2014, she was a Campus Ambassador for the Peace Corps. Similarly, Lowe also volunteered as an operations intern for Project Concern International, a non-profit organization based in San Diego.

There are just a few more questions to be answered regarding Xander Schauffele’s career and personal life, so stay tuned for a couple of frequently asked questions as we clear them up below.

Who is Xander Schauffele’s Caddie?

His career in the PGA Tour Xander Schauffele has had Austin Kaiser as his caddie for the entirety of his career.

When Xander Schauffele took hold of the gold medal in the 2021 Olympics, Austin Kaiser didn’t have a keepsake to remember the occasion by (like a gold medal!).

However, he made sure he had something decent to show for their win by paying him good money.

However, the pair have had a trusting relationship for approximately ten years as they attended the same collegiate golf team called the San Diego State Aztecs. Their professional relationship is set to last the test of time in the future as they attend more tournaments together as a pair.

How Tall is Xander Schauffele?

Xander Schauffele stands at 1.78 meters tall, or 5 feet and 10 inches.

Hopefully, this extensive breakdown of Xander Schauffele, his career, personal life, earnings, net worth, and favorite equipment has given you an in-depth insight into this esteemed American golf player.

He has achieved a lot in the past six years of his professional career, and his future in the world of golfing certainly looks bright! 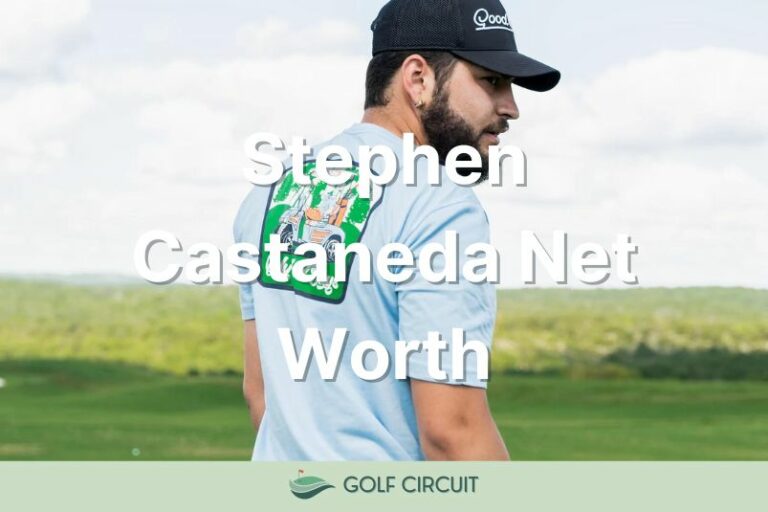 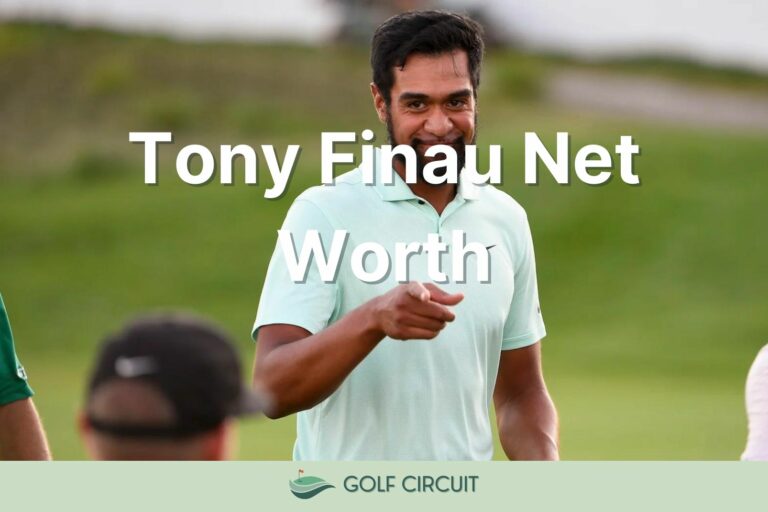 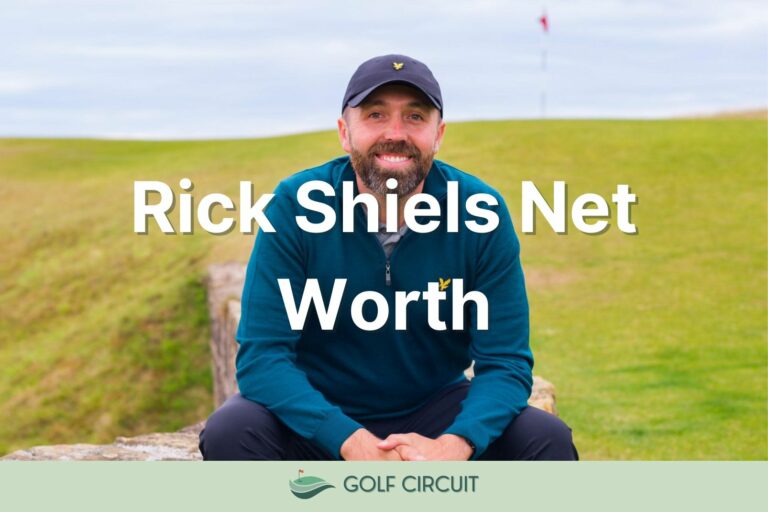 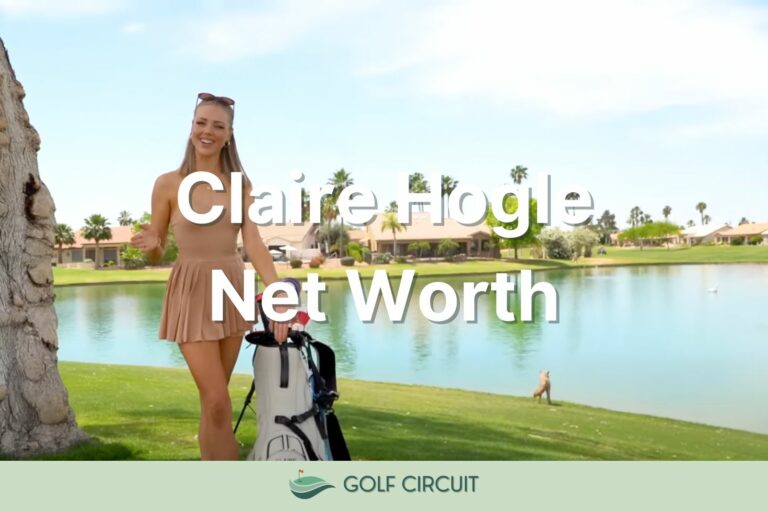 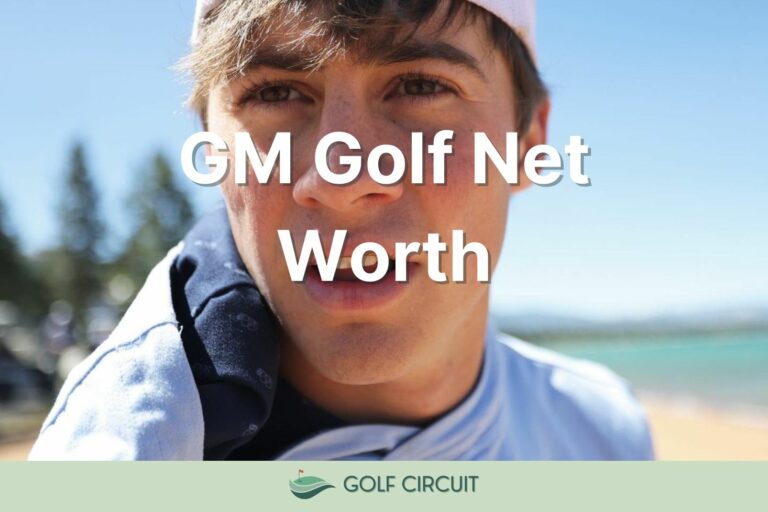 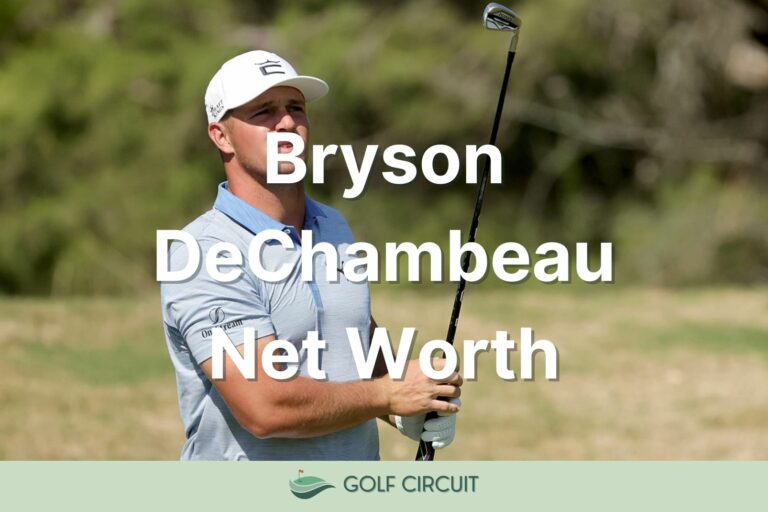