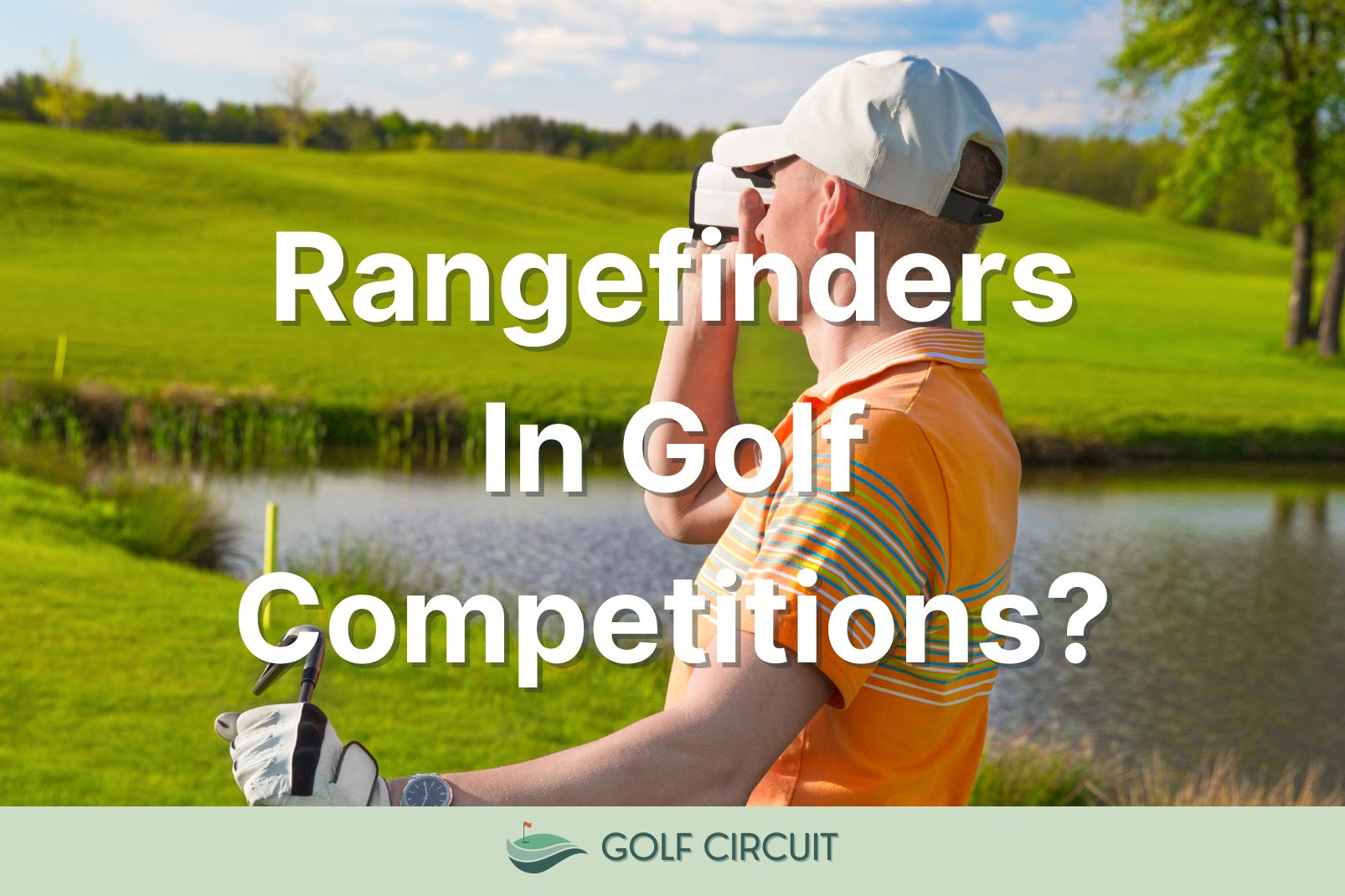 Rangefinders, as they relate to competitive golf, have been a source of both extreme accuracy and extreme confusion, but thanks to rule changes enacted in 2019, we finally have a straightforward answer.

Rangefinders are now allowed in golf competition, unless directly stated by a club, tournament or tour.

There is one caveat to the rule however, if a rangefinder has the “slope” feature, that feature must be turned off for it to be legal.

Why Were Rangefinders Banned In Golf Competition?

Rangefinders were initially banned in competition due to them eliminating the challenge of a player having to determine the distance they needed to hit their ball.

Calculating exact yardages was believed to be a skill that could affect the outcome of a competition.

There was also a belief that if rangefinders were allowed, they would provide an unfair advantage to the players who had them and a disadvantage to those who did not.

Why Did The USGA Change the Rule on Rangefinders?

The ultimate reason for the reversal of the ban on rangefinders was to increase pace of play.  According to PGA of America President Jim Richerson, “We’re always interested in methods that may help improve the flow of play during our Championships.

The use of distance-measuring devices is already common within the game and is now a part of the Rules of Golf. Players and caddies have long used them during practice rounds to gather relevant yardages.”

With rangefinders being extremely prevalent in non-competitive golf, and being linked to increased pace of play, the USGA decided to allow them in competitive golf to continue to increase the speed of the rounds by eliminating the time taken by players to calculate yardage.

Rangefinders on the PGA and LPGA Tours

Currently, there are only 3 events on PGA and LPGA Tour that allow players to utilize rangefinders in competition:

There are ongoing discussions of expanding the tournaments in which rangefinders can be used, but for now, these are the only ones.  Pros can however, use rangefinders during all practice rounds prior to a tournament.

How Does a Golf Rangefinder Work?

In the simplest of terms, a rangefinder points a beam or “laser” at a specified object and utilizes the time it takes for the beam/laser to return to the device to measure how far away the object is.

Benefits of a Golf Rangefinder?

The most common benefit of a rangefinder is it allows a player to have the precise distance the ball needs to travel to reach the intended target.

Using a rangefinder allows golfers to avoid guessing those distances based on steps or often outdated markings on sprinklers or stakes.

Some of the newer models of rangefinders also take into consideration the geography of the terrain and adjust the distance based on whether the shot is traveling uphill or downhill.

This provides the golfer with the “actual” distance the ball needs to travel, rather than just knowing the straight line distance.

However, in sanctioned competitions, this feature must be disabled.

Downsides of a Golf Rangefinder

The main issue that arises with using a rangefinder is hitting a target that was not intended.  This in turn provides the golfer with an incorrect distance and therefore leads to incorrect club selection and ultimately the wrong shot.

After “lasering or ranging” the distance to the target, it is a wise practice to “laser” the target again to make sure the numbers match.

With the laser being so small, it is easy to accidentally hit an object behind or slightly to the side of the intended target so a verification of your first number is very important.

Can I use a rangefinder in my local qualifier?

Yes, but with a small caveat.  If your particular rangefinder has a “slope” or “gradient” setting, that must be turned off prior to competition (if that setting cannot be turned off, the device will be deemed illegal).

Also, as a reminder, under rule 14.3 in the USGA Handbook, local tournaments, clubs, qualifiers, etc do have the authority to ban rangefinders.

Always check with the tournament directors prior to using one in competition.  It is always better to be safe than sorry.

Can I share my rangefinder with another player in my group?

Yes, according to the USGA, a player can share a distance device with other players in their group if they so choose.

Will I have better scores if I use a rangefinder?

Who makes the best rangefinder?

There are a variety of manufacturers who make rangefinders (Like the Gogogo Rangefinder) and almost all of them do a great job.  Researching reviews as well as testing them out in-store is highly recommended prior to making a purchase.

Can rangefinders be used in College Tournaments?

Yes, rangefinders are allowed in college tournaments provided the “slope” and “gradient” settings are turned off.  If they cannot be turned off, the device will be considered illegal.

Rangefinders are a tool that have the ability to help every type of golfer.  From the beginner, just learning how to play to multiple time Major winners, having accurate distances only provides benefits.

It also helps the speed of the round by giving correct yardage and eliminating the need for manual distance calculation.

While there was much confusion and back and forth, the new rule changes have provided clarity and brought rangefinders into the competitive arena and for that we are thankful. 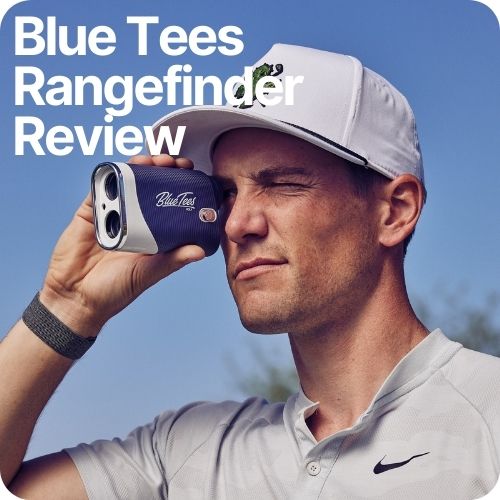 I have reviewed the Blue Tees Golf Series 3 Max Rangefinder in this article. In my search for… 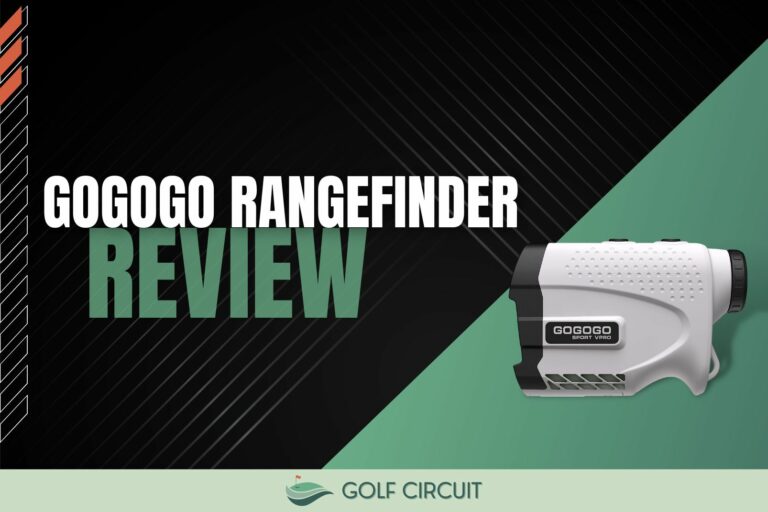 Are you looking for a rangefinder for the fairway this Sunday? Check out the Gogogo Sport Vpro GS24… 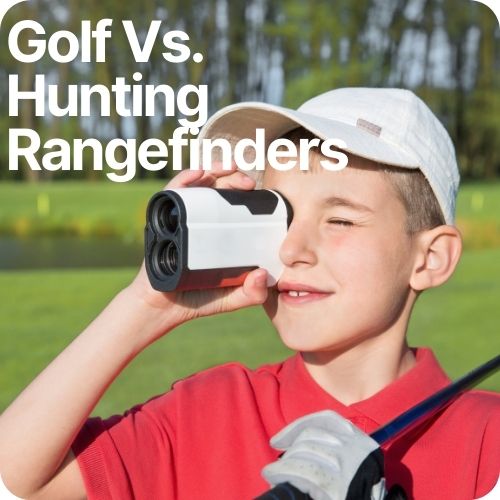 Do hunting and golf rangefinders seem the same to you? Well, side by side, they do look the…