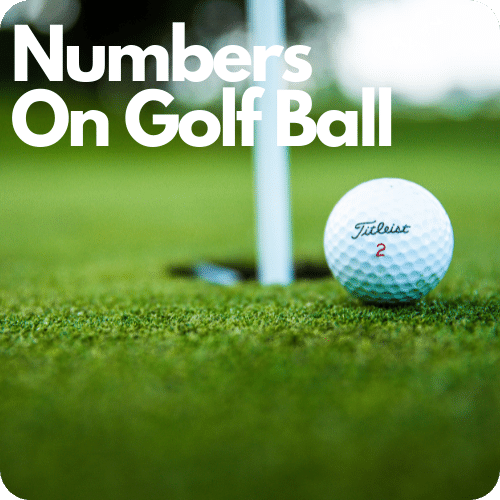 A very common question, and one that a lot of golfers have when first starting is: What do the numbers on golf balls mean?

The numbers on golf balls can mean a few different things. Usually, a golf ball will have one or two numbers on it to avoid clutter and confusion, but it’s important to know why they’re there. Generally, the reasoning behind including them depends on if they are one digit, two digits, or three digits.

The numbers on your golf ball indicate:

● The number of dimples on the golf ball

● An identification number, so you can tell which ball is yours

There is a lot to learn when entering the world of competitive golf. Naturally, you’re going to want to learn everything you can about playing golf successfully. Knowing the reasoning behind why manufacturers include these numbers is a fun tidbit of knowledge you’ll never forget!

Three-Digit Numbers On Your Golf Ball: Number of Dimples

You may be especially curious about what the numbers on golf balls mean when you see a three-digit number. This number will probably be found directly underneath the ball’s brand name and range anywhere from 300 to 500. This number usually indicates how many dimples are in the golf ball.

See More: Golf Ball Positions For Every Club (With Chart)

You may ask yourself why you would ever need to know how many dimples are on the ball. To answer that, as a general rule, the more dimples on the ball, the better.

That said, anything over the 450 range may cause the ball to drag. According to Tom Kennedy for ESPN, who also mentions that over 450 dimples also mean they will be smaller and more difficult for manufacturers to keep consistent.

The ball’s dimples are responsible for creating “a thin turbulent boundary layer of air that clings to the ball’s surface,” as noted in an article by Scientific American. In more general terms, this means that your ball will fly through the air in a precise and smooth path, giving you a better chance at it landing as close as possible to the hole.

See More: We Tested 7 Maxfli Golf Balls So You Don’t Have To

The right amount of dimples also greatly reduces the drag on a golf ball, something you’ll notice more with smooth balls. Dimples also need to have a precise and consistent depth throughout the ball, or it will affect the ball’s flight path.

On a side note: Some golf balls, like the Polara Ultimate Straight golf balls have varying depth in their dimples. This allows them to fly straighter than other golf balls on the market. Beware, however, that balls like this are not allowed in USGA sanctioned tournaments.

Numbers On Golf Ball Can Be Used For Identification

When asking “what the numbers on golf balls mean?”, you may see single-digit numbers.

As you’re probably aware, you’ll never be the only one out on the golf course on any given day. Knowing this, you may be able to guess what a single-digit number on your golf ball means. While playing a game with some colleagues, this number will let you recognize which ball is yours.

For single-digits on golf balls, manufacturers like Callaway and Titleist print any number from 1 to 8 on your ball for recognition purposes. If you have a favorite number or a number that means something, such as how old your child is, you can go ahead and pick that for a few rounds. That said, you don’t have to use the same golf ball for the entirety of the game.

While printing the number of dimples on a golf ball is optional, these identification numbers are found on all manufactured golf balls. Depending on the brand of golf balls you have, it’s usually found directly above or underneath the brand name.

Some brands make several models of golf balls. For example, some balls made by Titleist use two-digit numbers for identification purposes. This number may range anywhere from 00 to 99, but it’s often the number 99.

Titleist markets this version of golf balls as the superior choice for picking a unique number and offers numbers including 00, 99, 33, 13, and more.

These unique balls are not overly common, and most identification numbers are in the single digits.

It would help if you were careful not to confuse a unique two-digit identification number with a compression number, usually two digits.

We’ve touched briefly on what a compression rating looks like on your golf ball, and it will always be a rounded number that ends in 0. Compression rating numbers are usually two digits but can be as high as 110, so it’s important not to confuse the number of dimples. However, you should know by now that the dimples will always be in between the 300 and 500 range.

So, what is a compression rating, and what effect does it have on your performance? To put it simply, a compression rating is a measure of how hard the ball is, and the higher the number, the harder the golf ball. Most golfers will use balls that fall anywhere between the 60 and 110 range.

The compression rating is an important part of the golf ball. The higher the compression, the more impact your ball will make with the club by rebounding off the club at an accelerated pace. It would be best if you also had a fast club speed to match the high compression rating, and the two go hand in hand.

More specifically, Golf Info Guide provides a thorough description of what golf ball you should use depending on your swing.

If your swing is over 105 mph, you should use a ball with higher compression (90 and over), although there won’t be any glaring issues with a mid-compression ball. If you have a slower swing (under 85 mph), a lower to mid compression ball will pair better with your abilities, and your ball will go farther.

Sometimes, a compression rating will be in red, although it is usually in black. Additionally, while 110 is considered the high average number for compression ratings, it can go up to 120 or more. You should note, a ball’s dimples and inner core, as well as your skills, have an impact on how the ball fairs during your round of golf.

Golf is one of the most popular presidential past times. There is even a putting green on the… 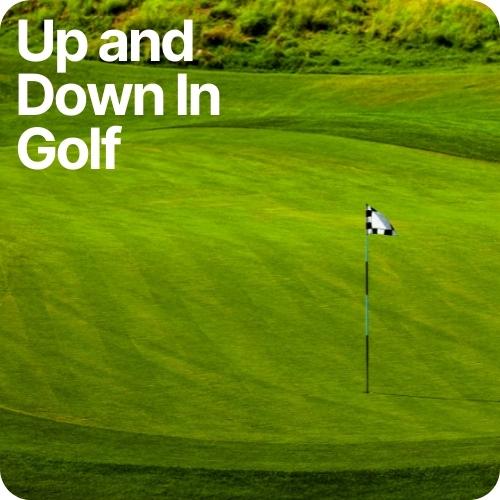 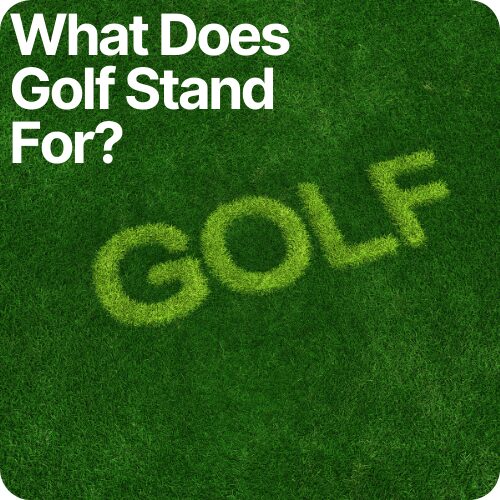 Like many people who have tried their hand at golf, you may be wondering, “What does golf stand… 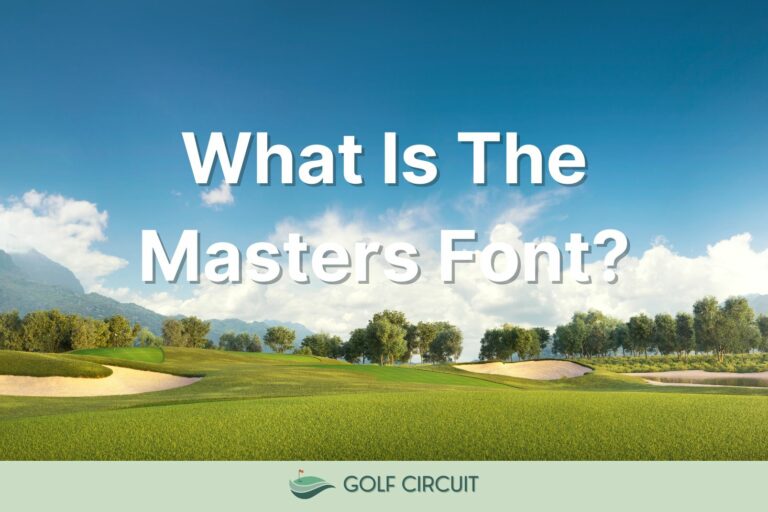 The Masters tournament, many would argue, is the most special and highly regarded tournament in the United States… 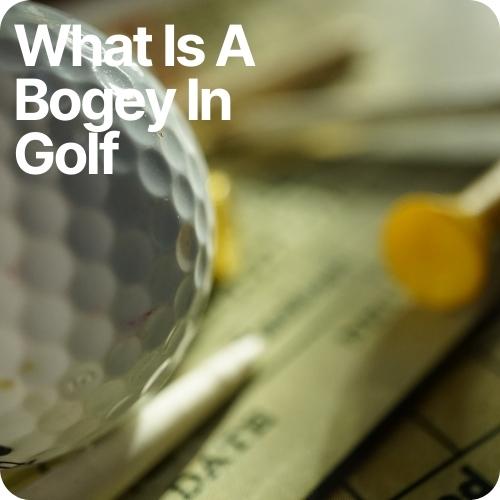 A bogey in golf means one stroke over par. Thus, if the par value is three, a bogey… 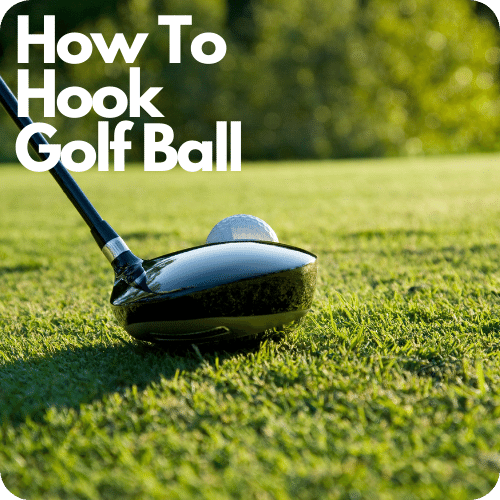