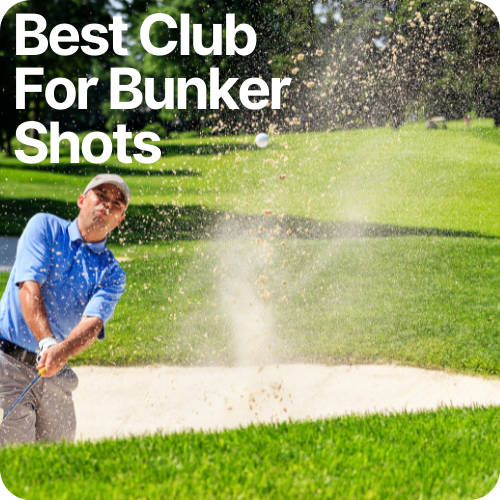 We are always hoping that the ball will land in the green when we take a shot, so it can be disheartening to see the ball you hit land in the bunker. So what golf club do you use in a bunker?

It doesn’t really help your game if you never practice hitting a shot out of the bunker, so the best thing to do is roll your sleeves up and go into the belly of the beast.

Hitting a shot in the sand is very different from hitting one on the grass or in a tight lie, so you need to apply different techniques.

Of course, you need the right kind of clubs because it is difficult to get the distance in the sand.

The golf club used in a bunker will differ from the one you normally use. Let’s look at the considerations for choosing the right kind of clubs.

You need a lot of power to send the ball even a short distance.

The mistake that most players make is that they always avoid practicing bunker shots. This makes it very difficult to get out of the bunker if they land in one.

Combining the right club and proper technique will make it easier to maneuver your way out of the bunker.

Everyone has a sand wedge in their bag, which they never reach for unless they land in the bunker.

However, the sand wedge isn’t always the best choice for getting the ball out of the bunker.

Some situations call for a different kind of club. It is up to the player to identify the club most well suited for their situation.

This involved knowing the proper technique and practicing bunker shots until you were sure you knew your way around them. They are by no means fun and can be quite frustrating, but you need to know them if you want to improve your overall game.

Knowing how to pick the right club is an extremely important skill in golf. You need different clubs depending on where you are on the course, except the greens.

Knowing which golf club brands to avoid is particularly helpful.

Every player knows that they need a putter for shots on the greens, but apart from that, you need to know exactly what kind of club you need for different parts of the course.

Beginner golf players put a lot of emphasis on the technique of their swings and chipping method.

While these are important aspects, they won’t be used without knowing how to identify and choose the right club.

In a fairway bunker, getting as much distance as possible becomes your main concern, so it drives the choice of the club too.

Distance is one of the many factors we need to consider while picking the right club for a greenside bunker. Here’s everything you need to keep in mind:

●     The Path of the Ball: Consider the ball’s path while deciding on a club to use in the bunker. Is there a lot of free room for you to figure it out, or is it close to the bunker’s edge?

Being near the edge also means it will be trickier to get out. If the bunker is especially deep, you need a very high shot if you plan to get out of the bunker on the first swing.

●     The Golf Ball’s Position: This is a crucial aspect of the situation that many players overlook. The first thing you need to know is how and where the ball is lying.

The probability of a nice clean shot is much higher if the ball is sitting cleanly above the sand. If it is buried in the sand or is in a very shallow area, it is difficult to make a clean shot.

Do not try to make a shot that goes against the ball’s position.

●     Distance: It is an error to only think of distance when making a bunker shot, but it is also erroneous to completely ignore it.

Go with whatever approach suits you best; as long as you consider distance, you will be fine.

While you evaluate how you will make your shot, have 3 options in your head for suitable clubs. The sand wedge is almost always one of the options since it is meant for bunker shots, but it is by no means the only option.

The pitching wedge and lob wedge are both good options for a bunker shot.

If you have 4 wedges in your bag, all of them are viable options.

If the ball is lying well on top of the sand, close to the hole, and has a fairly easy path out of the bunker, you can use your sand wedge.

A pitching or lob wedge is better suited for longer shots and where the bunker’s edge is close to the ball. If the ball is in a position where you really need a high shot, the lob wedge might be your best bet because of its loft.

However, if you need to cover a lot of distance to get to the hole, the lob wedge won’t be of much use.

Choosing the right club for bunker shots is easier said than done. There are a lot of factors to consider, and you need a fair bit of practice to get it right.

For greenside bunker shots, a sand wedge will be the best option. For fairway bunker shots, using a 5 wood or 3 wood will serve you well.

At the end of the day, it all comes down to experience. Once you experiment with different kinds of clubs for bunker shots, you will have a far better idea of what works and what kind of technique is appropriate with each kind of club. 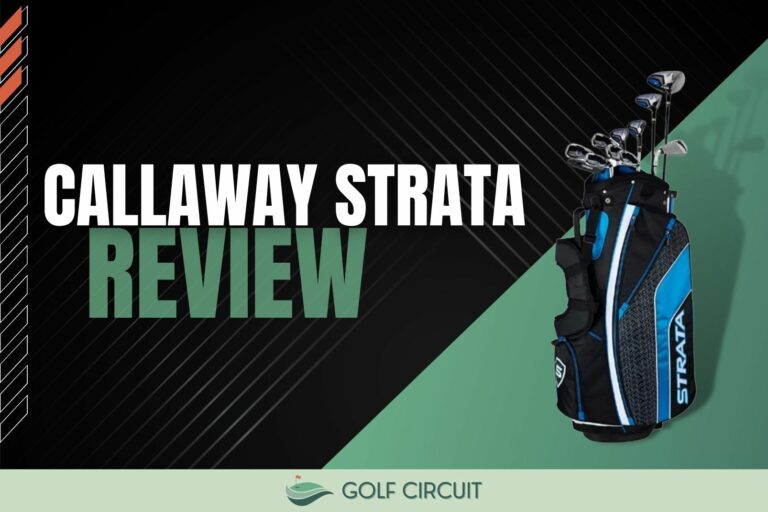 This is our in-depth Callaway Strata Set Review. Are you looking to take up golf or lift your… 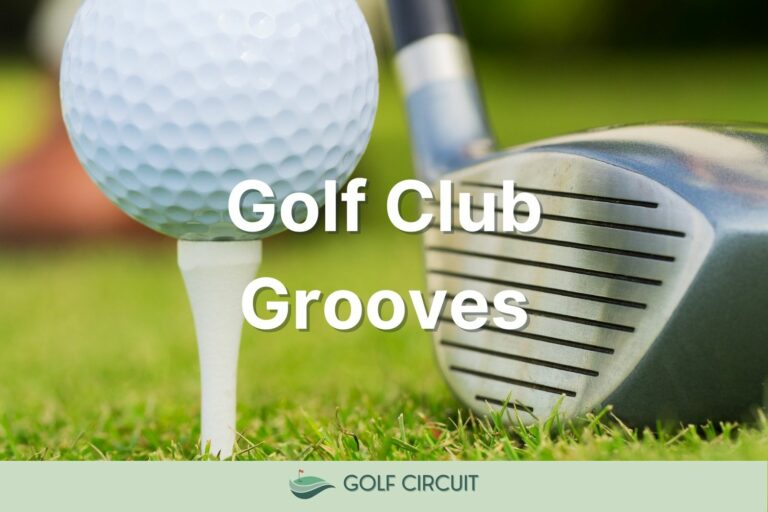 Have you ever looked at your irons and your wedges and noticed the grooves on the club? Chances… 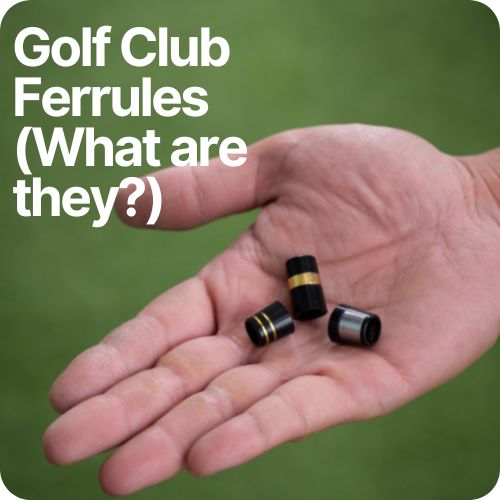 For many golfers, the essential parts of the golf club are the grip, shaft, and clubhead, and they… 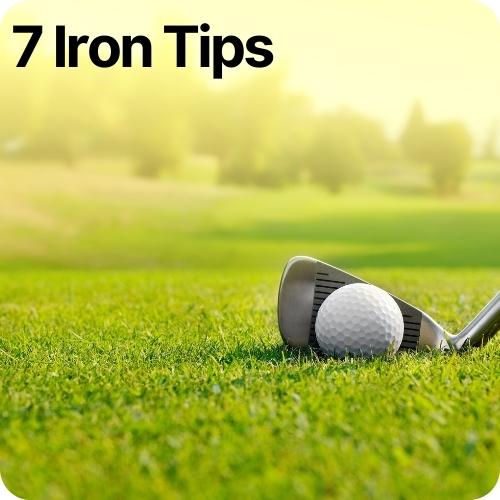 During the beginning stages of learning how to play golf, chances are someone has told you that you… 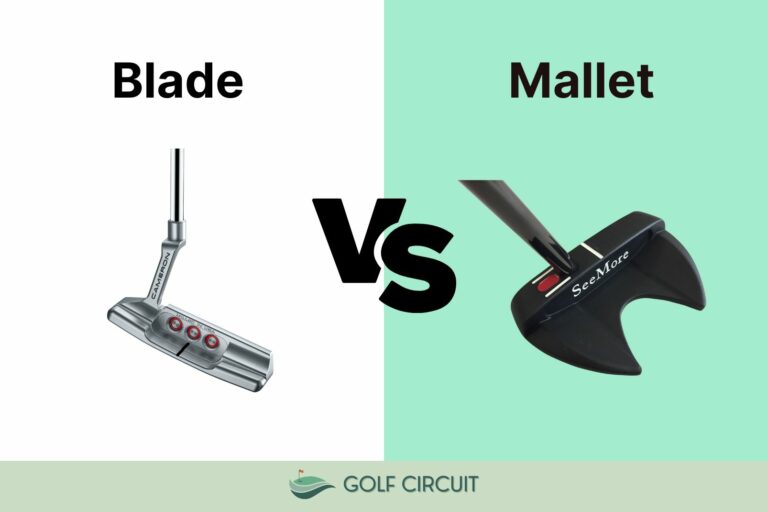