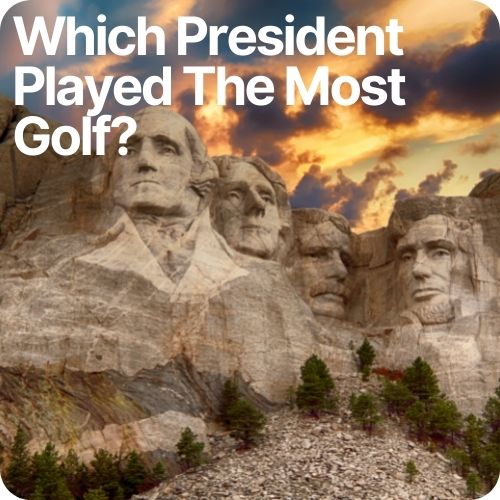 Golf is one of the most popular presidential past times. There is even a putting green on the White House lawn.

But which President played the most golf? Surprisingly, it is not any president in living memory.

The sport of golf is strongly associated with the Oval Office, and the history of presidents playing golf goes back for over a century.

It can be hard to estimate how many rounds of golf every president has played (especially before it was so closely monitored.)

These 10 Presidents Played The Most Golf

Woodrow Wilson is often said to be the American President who spent the most time golfing.

Woodrow Wilson played over 1,200 rounds of golf during his time as the United States President; more than any other president. He was still able to effectively do his job as America’s commander in chief.

Woodrow Wilson had a passion for golf, but he was apparently not very good at the game.

Despite spending so much time on the golf course, he struggled to improve his game.

This is partly because of a stroke he suffered that ended his golfing career prematurely.

Some people even criticized him for spending too much time golfing and ignoring his presidential duties.

There are even rumors that he was playing golf on the very same day that the United States declared war on Germany.

People around Wilson say that playing golf was the only thing that allowed him to handle the stress of being the President.

Still, none were as devoted and enthusiastic about the game.

John F. Kennedy’s time as President of the United States was cut short by Lee Harvey Oswald in Dallas, Texas, in November of 1963.

Because of this, he did not spend much time playing golf while he was the President of the United States.

However, before he became President, John F. Kennedy was an enthusiastic golfer who devoted much of his life to the sport.

Some suggest that he is the best golfer of anyone who has ever served in the White House.

We think that if Kennedy had spent as much time playing golf as Woodrow Wilson, he would have had a chance to play golf professionally.

Donald Trump might be associated with golf more than any other president in American history.

This is because he not only spent a lot of his time in the White House on a golf course, he actually owns several golf courses himself.

Donald Trump is known to be an extremely good golfer. Still, it is hard to know how much time he actually spent on the golf course as the President of the United States.

He owns so many courses, and he can easily sneak in a few rounds here and there without anyone noticing.

Donald Trump loves golf, and the people he golfs with are known to enjoy playing with him.

He has spent a lot of time playing with friends, celebrities, business connections, and political associates.

As he gets older, he is losing some of the distance that he used to be able to strike a ball with.

He is still very good at golf and can easily hit the center of the fairway on a golf course.

Anyone interested in meeting Donald Trump has a pretty good chance of doing so if they are lucky enough to go to one of the courses he owns.

Barack Obama is one of the most famous golfers who has ever worked in the Oval Office. He played hundreds of rounds of golf during his two terms as the President of the United States.

He was notable in part because he effectively did his job as the President while still spending a lot of his free time playing golf.

Although his administration occurred during a time when Americans began to complain more and more about the amount of time that their presidents had been spending on the golf course rather than in the office.

Even during his retirement, Barack Obama is still an avid golfer.

There have been many American presidents who are famous for their love of golf.

In fact, Dwight Eisenhower is also responsible for one of the most famous attractions at the White House.

Dwight Eisenhower is why there is a putting green on the lawn of the White House.

Dwight Eisenhower’s love of golf and his addition of a putting green to the White House lawn provided a great way for the presidents that came after him to relieve their stress from the pressures of being the Commander in Chief.

Dwight Eisenhower also stands out from other presidents because he did not grow up loving or even playing golf.

In fact, he started playing golf for the first time relatively later in life, in his mid-thirties. Most presidents developed their love for the sport in their youth.

When Dwight Eisenhower finally did decide to try golf for the first time, he found that he loved it, and he took to the game like a fish takes to water.

In fact, he spent so much time playing golf that he was able to break 80 during his first year playing the sport.

One of the reasons why Dwight Eisenhower is in the World Golf Hall of Fame is because he helped revolutionize the game and expand its popularity.

Before Dwight Eisenhower started playing the sport, golf was commonly thought to be a game that only rich people could enjoy.

However, during Dwight Eisenhower’s time as the President of the United States, he helped make golf more accessible to the average person. He helped expand the sport’s popularity.

George H. W. Bush’s family has deep connections to the United States Golf Association. He grew up playing and loving the sport.

His maternal grandfather was the head of the USGA and founded the Walker Cup.

He spent a lot of time playing golf throughout his life, but he did not spend much playing golf while in the White House.

This is because golf is a slow game that takes a lot of time to play, and George H. W. Bush was frustrated with this.

As the President of the United States, he was a busy man, and he did not often have the time to devote half a day to play a full round of the sport he loved so much.

However, this frustration with the time-consuming nature of golf was not just during his time as the President.

Even though he grew up playing lots of golf and loving the game, he has gotten easily frustrated with the game’s slow pace.

There are stories of him quitting mid-game in frustration if things were not moving fast enough.

Like Dwight Eisenhower before him, George H. W. Bush has been inducted into the World Golf Hall of Fame.

Like most presidents, Bill Clinton enjoyed golf. However, he is different from others because he did not spend a lot of time playing the game when he first took over as President.

During the beginning of his administration as President of the United States, Bill Clinton would only go golfing a handful of times every month.

As time went on and his two terms as the President continued, he started spending more time on the golf course.

Using it to develop relations with celebrities and other politicians.

Another thing that sets Bill Clinton apart from the other presidents on this list is that he was not known to be a good golfer.

There are also complaints from people that he golfed with that he was not good at keeping a correct score during the games he played.

Interestingly, Bill Clinton was a member of one of the golf courses that Donald Trump owns for a little while.

Apparently, he is no longer a member of this golf course.

Before he was elected President of the United States, Richard Nixon served as Dwight Eisenhower’s Vice President.

This is interesting because Nixon did not grow up playing golf like Eisenhower. It is a past time that he discovered relatively late in life, compared to when the other presidents on this list started playing.

Also, like Eisenhower, when Nixon finally did start playing golf, he found that he loved it.

Some incidents happened during his time as President that made Nixon controversial, but this was not the only time in his life that he was unpopular.

Even though he loved the game, he was apparently unpopular on the golf course.

As good as he was at playing golf, he was not very good at socializing with others while playing the game.

This is significant because golf is one of the most social games out there.

This is part of why it is so popular with so many presidents.

Playing golf is one of the best ways to foster positive relations with other politicians. A golf course is a much more relaxing environment than the war room to hold negotiations.

Some have suggested that Nixon’s social problems on the golf course were not just the result of his personality.

Because Nixon was still a beginner compared to many of the people he played with, he was likely self-conscious about his game. He had to focus more of his attention on the game’s mechanics.

Other presidents who had been playing for longer could play the game more naturally, and they could focus on the social part of the game.

In fact, one of the most famous stories about Gerald Ford is that he once hit a spectator with a golf ball while he was playing in a golf tournament.

Fortunately, that spectator ended up being okay, even though their injuries could have been serious.

While Gerald Ford loved golf, he did not spend as much time playing as many other presidents do.

This is probably partially because of his comparative lack of skill at the game.

This is partly because Taft was a very large man who struggled with sports.

Despite this, Taft was still able to spend a lot of time playing golf because golf is a sport that does not require tremendous athleticism to play.

Athleticism helps, but nearly anyone who desires to have fun on the course can enjoy themselves playing golf.

Which President Played The Most Golf – Final Thoughts

In fact, there have only been a handful of presidents who did not play golf during the past century.

Golf is popular amongst presidents for a variety of reasons.

Still, one of the biggest reasons is that golf is a fun sport that allows the President to cope with the stress and pressure of being in the White House.

It is also a good way to build relations and negotiate with political allies. 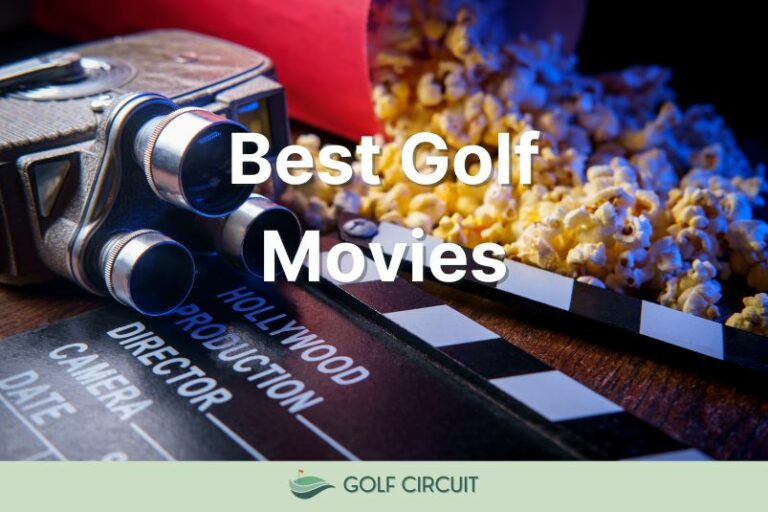 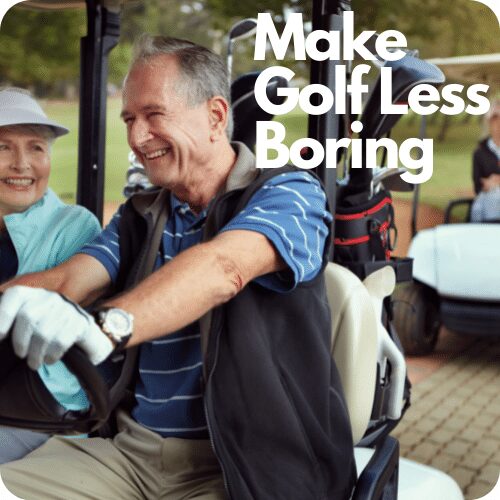 Do you wonder why golf is boring? Golf isn’t exactly the most beginner-friendly sport. It was hard to…

Are you asking, “What is a Mulligan in Golf?“ Are you just starting to learn golf or simply… 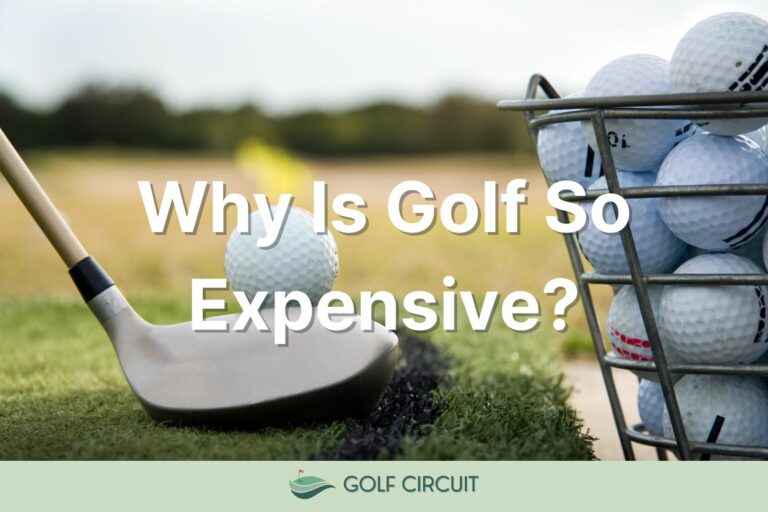 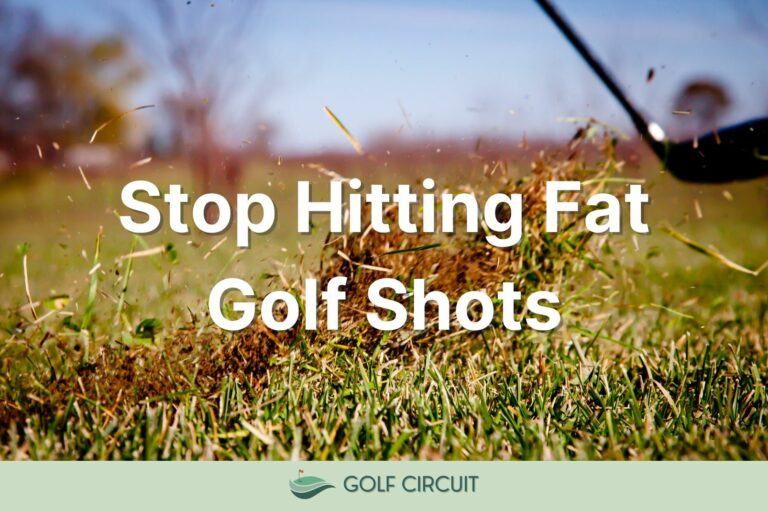 Hitting the golf ball fat is truly one of the most annoying shots in the game. It doesn’t… 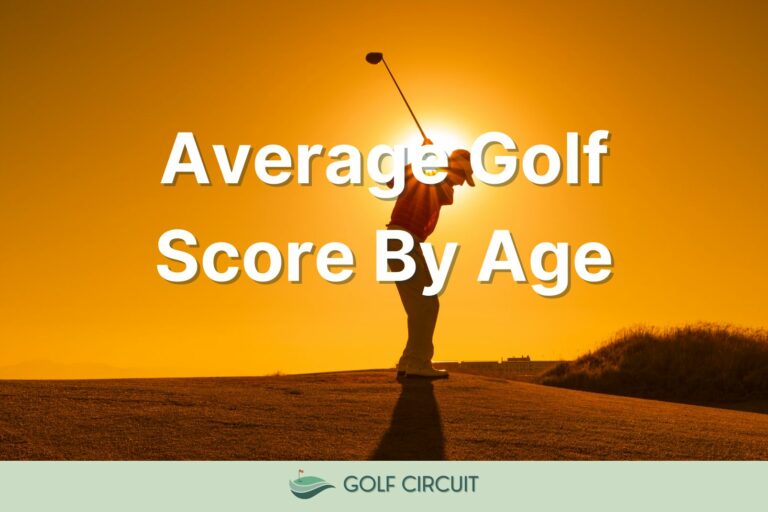