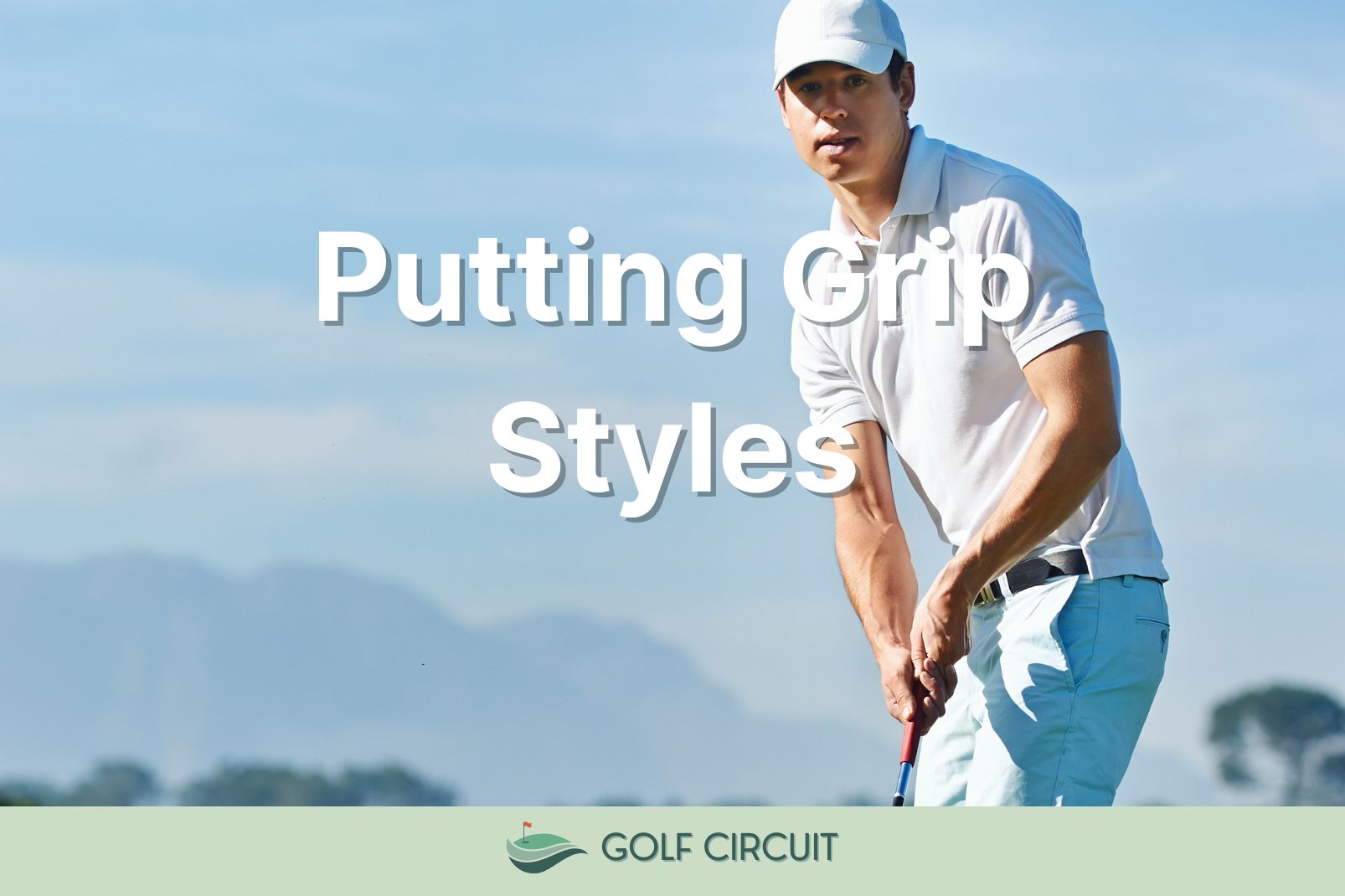 The golf grip is probably the most important fundamental in the game.

Without the proper connection to the club, we can’t expect to have a great shot.

One of the interesting things about golf is that the grip will stay the same when using 13 out of the 14 clubs in your bag.

When players get to the putting green, all bets are off. At this point, you can use a putting grip that works for specific needs as a player.

There are some recommended methods, but there are also unique options that golfers will come up with on their own.

If you are curious about which putting grip is the best for your game, keep reading, and we will give you some insider information. Don’t forget to see our post on the best golf grips to have on your club.

As we mentioned, you can come up with some unique ways of holding a putter.

However, there are five most commonly used methods that players will use.

These include a conventional putting grip with reverse overlap, left-hand low, the claw, arm lock, and prayer.

Each of these can be modified a bit to work for an individual player.

The conventional putting grip is probably the most forgiving putter grip as it is the simplest for golfers to figure out.

This is a grip that beginners and professionals will use, and it allows a bit more wrist control and stability.

With the conventional putting grip, you will first put your right hand on the golf club (for a right-handed golfer).

The hand should have your thumb pointing straight down the shaft, and it should be centered on the putting grip.

Then you take the left hand and place the middle and index finger on the club below the right hand.

The other three fingers will overlap the fingers of the right hand. Essentially this reverses your hands on the club and then overlaps them a bit.

The idea behind the conventional cross-hand reverse overlap is that you will have more control over the wrists.

Players that are new to the game will learn this way and probably stick with it as they develop a more consistent stroke.

In addition, with the conventional putting grip, players feel as though they can keep the clubface square as they swing through the impact position.

Those that find this a bit complicated and are unsure of how the fingers fit together with the reverse overlap should consider just a traditional, left-hand low putting grip.

The left-hand low is really simple and something that many players will switch to when having a rough day out on the course.

For this putting style, all you need to do is switch your hands on the club.

For a right-handed player, you will take your left hand, which is typically at the top of the putting grip, and put it below the right hand.

With the left hand low grip, you won’t have to worry about the way the hands interact with each other.

Some golfers will even keep a bit of separation between the left and right hand.

The most important feature of the left-hand low putting grip is to help the wrist stay stable.

Golfers that struggle with distance control or have a hard time on those short putts around the hole tend to like the left-hand low putting style.

The dispersion rates will be really high when wrists get overly active in a left-hand low putting grip.

The only issue with this is that some people struggle with feeling once they switch their hands.

You will have to make sure you let the putter do the work and not involve your wrists.

The claw putting grip is one of those unique styles that may take you a bit longer to learn.

When you are using the claw putting grip, there will likely be a bit of an adjustment before you feel like you really have this down.

The claw has been modified by individual players throughout the years, and you may find that looking from one professional to the next can confuse you.

The idea here should be to get a standard claw putting grip in place and then modify it a bit to work for you.

The left hand should be in the conventional position at the top of the club. Then you will turn the right hand so that the palm is facing your waist.

At this point, you grip the club with your right hand between the thumb and forefinger.

When putting with the claw grip, it won’t even look as though you have your right hand on the club.

The claw putting grip keeps the right hand out of the putting stroke. In addition, the right wrist will also be kept away from having too much of an impact on your stroke.

The idea here is that your consistency will increase if you can keep your hands out of it.

The problem with the claw putting grip is that it takes quite a bit of trial and error for you to get this grip correct.

Players often struggle with finding the perfect position and keeping their hands in place from one green to the next.

With Bryson DeChambeau using the arm lock putting grip to win a few events, the idea has become even more popular.

With the arm lock grip, you may also hear it called the wrist lock grip.

The arm lock grip has the player take their left forearm and press it against the side of the putter grip.

The left hand will be near the bottom of the putting grip and run the length of the grip.

Sometimes you will need to change your putter grip to be long enough to accommodate this style.

The arm lock grip is yet another way to keep the wrist out of the putting stroke.

When your arm is essentially fastened to the side of the putting grip, all you will need to do is focus on this arm, staying stable and moving back and forth on the proper line.

To move the putter, you will have to use the larger muscles that increase overall consistency in your swing.

With the arm lock putting grip, the only real downside is that you may have to change out your putting grip to accommodate this stroke.

The prayer putting grip will look almost as if your hands are in a prayer position on the club.

If you have tried some of the conventional style putting grips and still don’t feel like you have the control or consistency you need, then prayer can be an excellent method to consider.

The prayer grip requires you to put your hands on either side of the putter grip in a prayer-type position.

The overall placement of the hands in the prayer style putting stroke is quite simple.

The concept of the prayer style putting grip is to get the hands to work together as one unit.

As you can imagine, the concept of the pendulum type putting stroke can be hard to achieve.

However, with both hands facing each other at the same height, you will be able to use this as the focal point of your pendulum stroke.

Some golfers with an arc-style putting stroke struggle to let the face of the putter rotate when using this type of swing.

How To Choose A Putting Grip

Even though these five methods are the most common, they are not the only ones out there for you to try.

Some golfers will even putt with their hands the exact same way they are on the clubs for all of their swings.

Here are a few things you should consider when deciding on the proper putting grip.

Some putting grips will allow golfers to rotate the club more and allow the natural arc to happen.

Others like the prayer or even the claw help to keep the putter on more of a straight back, straight through path.

Type of Putting Grip On The Club

If you have a large oversized grip or a traditional putting grip, it could impact the type of putting grip or style that you will have to go with.

The good news is that the putting grip is an easy change to make; a simple regripping of the club can allow you to choose any putting style you want.

The putter head style is typically a mallet or a blade. The blade styles are great for feel and maneuverability but not as good for consistency and stability.

Mallets, especially the new style mallet putters, are designed for more consistency and stability at impact. Try to find a putting grip that matches the putter head style you have.

Weaknesses In The Putting Game

Why do you struggle with your putting? Is it speed control, distance control, or alignment?

Will switching really make a difference, or is it practice that will make the difference?

We hope you now feel capable of choosing a new putting grip for your game.

Here are a few of the most commonly asked questions about these putting grip styles.

What is the best grip for putting?

This grip creates consistency and stability in the stroke while still allowing golfers to have feel and control.

Who invented the claw putting grip?

Chris Dimarco was the first professional to start using the claw-putting grip in tournaments and events.

At the time, Dimarco was playing great golf, and many amateurs decided that this would be a good method for them to try as well.

How many people in PGA use claw-putting grip?

Less than 10 percent of golfers on the PGA Tour are using the claw-putting grip.
This is a more unconventional style.

Tommy Fleetwood, Justin Rose, and Tony Finau are among the most popular active tour players using this grip.

We hope you now feel ready to mess around with your putting grip and putting grip style and find a good match for your game. You should work on this while you are on the putting green.

Don’t make changes to your putting stroke or grip style on the course, as it will cause too much confusion.

Instead, head out for an afternoon on the putting green and experiment with each of these styles to see which one will work best for your needs as a player. 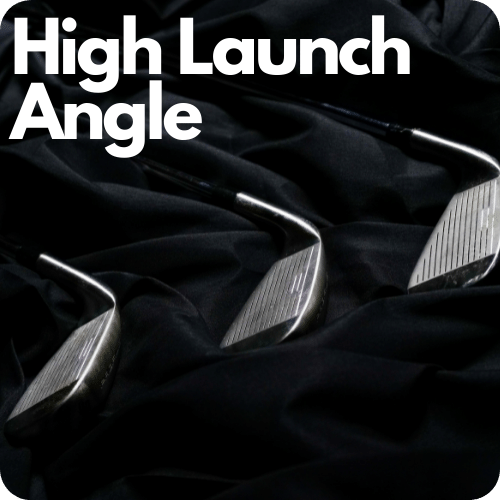 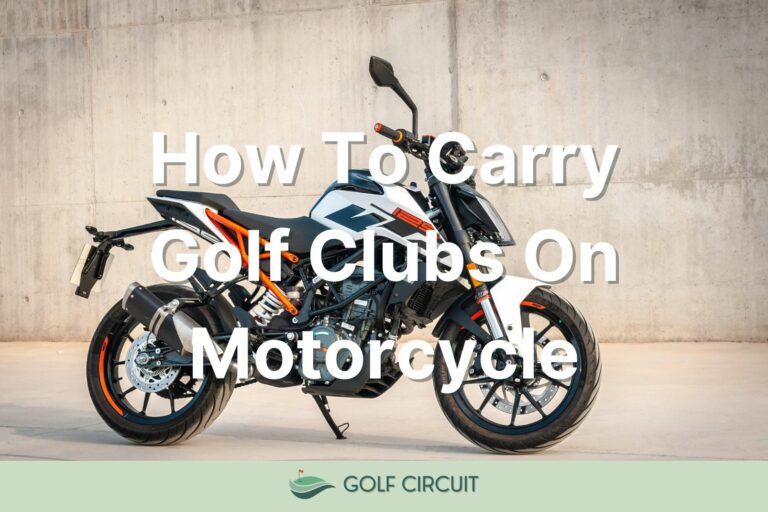 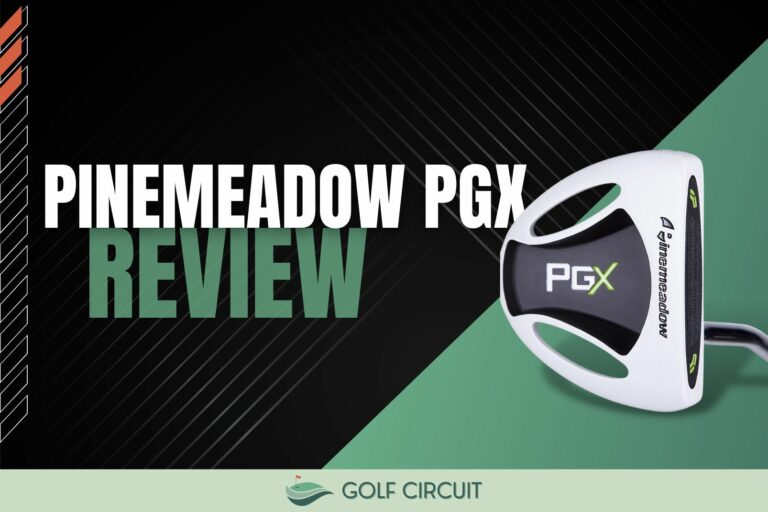 Golf putters are hitting the market at more than $300 for a release price. Things have changed.  Putters…

The TaylorMade RBZ Speedlite golf set is a unique product offering for TaylorMade. Plenty of companies have complete… 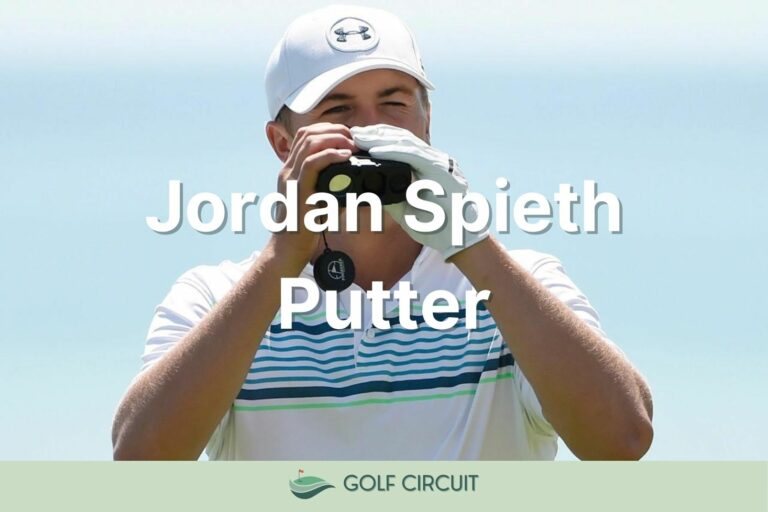 Jordan Spieth is an American professional golfer who has been using the same putter since 2009.  Since 2009,… 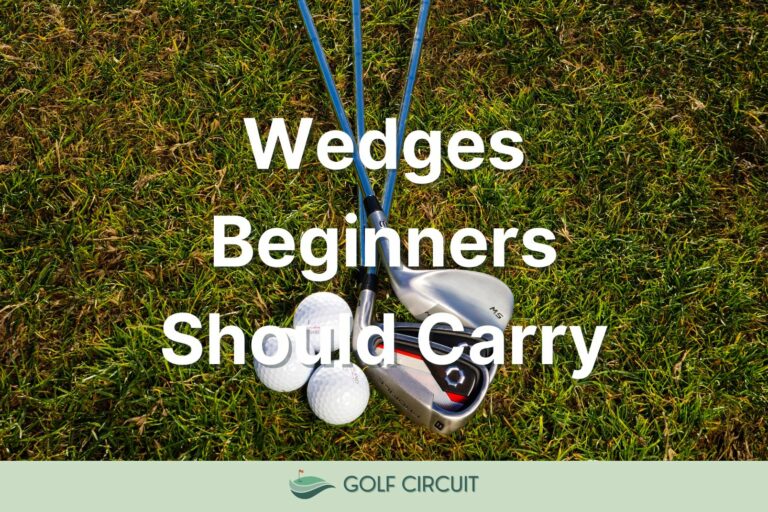 Trying to figure out what wedges should a beginner carry? Here is our guide! (Stick around till the…